When choosing to travel by plane, your rights are determined in accordance with the laws and regulations of the European Union.

When buying an airline ticket online, always make sure whether the ticket is being bought directly from the website of the airline or from any website trading airline tickets that may charge also its brokerage fee in addition to the cost of an airline ticket.

The contract concluded online must conform to all the requirements pursuant to the consumer protection laws.

In accordance with Regulation (EC) No 1008/2008 the final price to be paid shall at all times be indicated and shall include the applicable air fare or air rate as well as all applicable taxes, and charges, surcharges and fees which are unavoidable and foreseeable at the time of publication. In addition to this, the airlines are obliged to provide separately all these unavoidable and foreseeable elements that constitute the final price.

Optional price supplements shall be communicated in a clear, transparent and unambiguous way at the start of any booking process and their acceptance by the customer shall be on an ‘opt-in’ basis.

On February 17, 2005, Regulation (EC) No 261/2004 came in force that regulates a significant part of the air passengers’ rights. The regulation establishes common rules on compensation and assistance to passengers in the event of denied boarding and of cancellation or long delay of flights.

The Regulation provides passenger rights in such situations:

The Regulation establishes an obligation of airlines to inform passengers of their rights. The operating air carrier shall ensure that at check-in a clearly legible notice containing the following text is displayed in a manner clearly visible to passengers: “If you are denied boarding or if your flight is cancelled or delayed for at least two hours, ask at the check-in counter or boarding gate for the text stating your rights, particularly with regard to compensation and assistance”.

Bodies responsible for the enforcement

The Regulation provides that each Member State shall designate a body responsible for the enforcement of this Regulation as regards flights from airports situated on its territory and flights from a third country to such airports. This body shall take the measures necessary to ensure that the rights of passengers are respected.

The list of the enforcement bodies is available on the website of the European Commission Director-General for Energy and Transport:

Revision of the Regulation

In order to enhance the air passenger rights and the passengers actually might entertain their rights, the European Commission has elaborated a proposal for Regulation (EC) No 261/2004 to be revised.
http://europa.eu/rapid/press-release_IP-14-119_en.htm

Cancellation of a flight

‘Cancellation’ means the non-operation of a flight which was previously planned and on which a place was reserved.

In case of cancellation of a flight, the passengers concerned shall have such rights:

The passenger is also entitled to receive compensation amounting to:

An operating air carrier shall not pay compensation if:

Delay of a flight

In the event of delay of departure and a passenger must wait for departure for 2 hours and longer, the operating flight carrier shall ensure the passenger with care.

The right to care includes:

Application of the respective rights depends on the duration of the delay and the distance.

In case the delay is 5 hours and more – the passenger is entitled to demand that the operating flight carrier reimburse the money for the bought ticket.

In accordance with the adjudication of the European Court in joined matters C-402/07 and C-432/07 from November 19, 2009, the passengers of flights delayed may be considered as equal to the passengers of cancelled flights by applying to those the rights to receive compensation if they reach their destination three or more hours later than the initially planned by the flight carrier time.

‘Denied boarding’ means a refusal to carry passengers on a flight, although they have a confirmed reservation for the particular flight and they have timely presented themselves for boarding.

In case the number of the sold tickets exceeds the number of seats on the plane, the operating flight carrier may ask for volunteers to apply who agree not to board the particular flight. In case such volunteers present themselves they are entitled to receive:

In the event insufficient number of volunteers has presented themselves, in order to ensure the other passengers with booked tickets with possibility to board the respective flight, the operating flight carrier may deny boarding to the passengers against their will. In such case the passengers are entitled to receive:

What to do in case of any problems occurred?

If after submitting a complaint the flight carrier does not reply or reject fulfilment of the stated claim you are entitled to seek assistance in the body for enforcement Regulation (EC) No 261/2004 in the territory of which the incident happened.

The list of the enforcement bodies is available on the website of the European Commission Director-General for Energy and Transport: https://transport.ec.europa.eu/transport-themes/passenger-rights/national-enforcement-bodies-neb_en

Problems with the checked baggage of a passenger

Most often passengers face situations when the checked baggage has been lost, damaged or it is delivered with delay.

The responsibility of air carriers in cases od famage, loss and delayed delivery is established in accordance with Convention for the Unificationn of Certain Rules for International Carriage by Air that was signed in Montreal on May 28, 1999. The Montrea Convention has been ratified in 130 countries including all the European Union states and it refers to all international carriage of persons, baggage or cargo.

The air carrier liability in cases of damage, loss and delay delivery of baggage may not exceed 1132 SDR (special drawing right that have been established by the International Monetary Fund http://www.imf.org/external//np/fin/dara/rms_five.aspx) for each passenger. This is the maximum compensation amound and is not to be applied automatically therefore each passengere must prove the amount of the caused to him or her losses. The Convention provides reimbursement of individual damage to passengers by assessing each case individually.

In order to receive compensation a passenger must perform the following actions:

When facing the issues it is essential to fill in the Property Irregularity Report (PIR) right away at the airport, thereby the air carrier will be notified on the problems by the earliest manner and the needed actions will be launched. The report also will help the passenger to understand which air carrier should be addressed with a complaint on loss reimbursement in cases of joint flights.

In order to receive compensation a passenger must submit a complaint to an air carrier observing the provided by the Montreal Convention terms. Receiving a checked baggage without any complaint application is a proof that the baggage has been delivered in good condition.

It must be taken into consideration that any air carrier will undertake any liability regarding objects that according to the regulations of the air carrier are not allowed in the baggage (for instance, jewellery, money, prescribed medicine etc.), therefore the passenger should always pay attention and take care that only allowed for the checked baggage by the regulations objects are put into the checked baggage.

In case the air carrier that is actually operating the flight is nor the same air carrier with which the contract has been made, the passenger is entitled to submit a complaint to any of these air carriers or to bring an action against any of them.

A claim for loss recovery must be brought to court within two years from the day of arrival of the airplane or from the date it should have arrived. 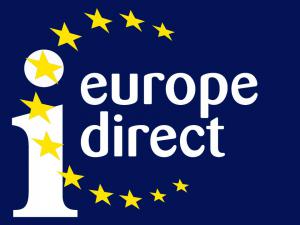